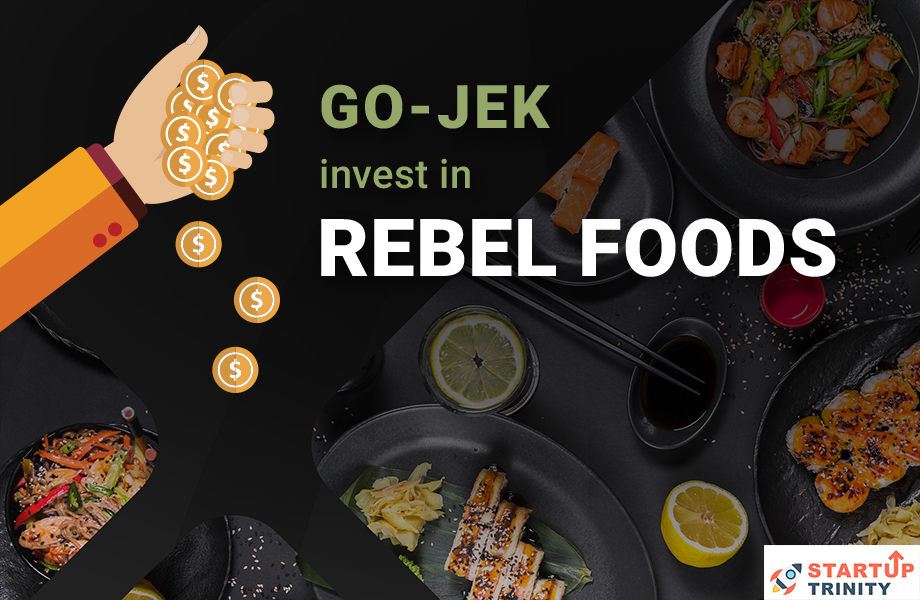 What is Go-Jek?
Go-Jek is a transportation network company and logistic startup company based in Indonesia. It is the first unicorn company founded in 2010.

At the begun time Gojek only offers bike ride and ride-hailing services, over time it evolved the multiple provider services in the Indonesian market. Now it has offer 20+ on-demand services in the worldwide market.

It is starting their journey only with 20 motorbike drivers, and in present days they have more than one million drivers.

What is Rebel Foods?
Rebel Foods was earlier known as Faasos Food Services Pvt. Ltd. It was found by Jaydeep Barman and Kallol Banerjee in 2010.

In the year 2018, the company was rebranded as its parent entity to Rebel Foods.

The company sells its products through food delivery businesses like Zomato and Swiggy and also sells independently through it’s on own app.

This startup now turned into a multi-branded cloud kitchen. It has established the brands like Faasos, Oven Story, Firangi Bake, Mandarin Oak, Kettle & Eggs, and Behrouz under Rebel Foods.

In the last two years, the company opened 1,100+ internet restaurants in India. Now, it is active in more than 15 India cites.

Indian food business particularly dominated by Zomato and Swiggy’s combined yearly delivery orders not have crossed the figure as mentioned earlier in 2018.

Currently, both firms are delivering around 30 million orders monthly.

The current report revealed from the senior executive of Rebel Foods that they will head the joint venture.

Rebel Foods has its arm of the cloud kitchen brands. It has to include Faasos, Oven Story, Lunch Box, Behrouz, and The Good Bowl among others.

The media report indicates that Rebel Foods has parter with Go-Jek and started a cloud kitchen in Indonesia.

The company was expand from a series D round with a $120 million investment. But there has not been any official Coatue participation until now.

The company said that it has received more than 30,000 orders every day. In the first year, the company itself delivered the same kitchen sales-growth of 75%.

How Many scopes of Cloud Kitchen Industry?
The discovery in technology generates the growth of the online food ordering sector and it generates new business opportunities for existing and future restaurants to expand their business.

Cloud kitchen has fully implemented the kitchen and you can find most of the restaurants. But, they don’t have a dine-in or takeaway system. This business was run solely for the online ordering system.

From the cloud kitchen, it will help you to earn more and more profits with all your food deliveries and you can provide satisfactory service to your customers.