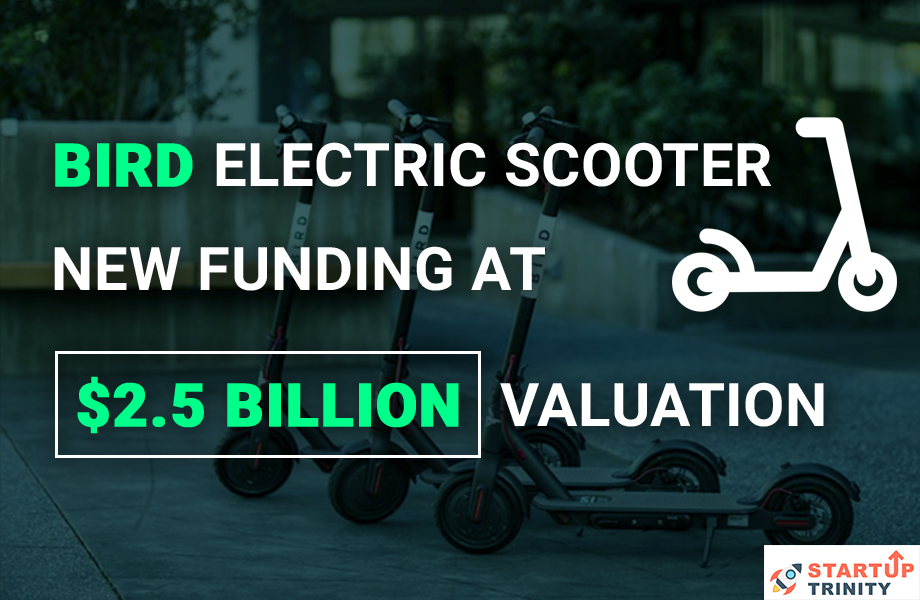 Over the past few years, the transportation industry has grown rapidly. There are many taxi booking, ride-sharing and carpooling application available in the market.

But there is another word, which is also famous nowadays; it’s electric scooters or e-scooters.

These electric scooters are two or three-wheeled vehicles. A new way of commute, e-scooters has already created a murmur in transportation services.

With the increase in the demand in e-scooters, several companies are investing in this area to ease transportation.

If we tacking about electric scooter, then you can aware of the bird, which provides services in California.

What is Bird Electric Scooter?

Bird is a dockless electric scooter sharing company based in Santa Monica, California. The company founded by Travis VanderZanden, formerly an executive at Lyft and Uber in September 2017.

The bird electric scooter operates in over 60 cities throughout Europe, the Middle East, and North America.

The main aim of the company is to make cities more comfortable by reducing car usage, traffic, and carbon emissions.

Bird electric scooters are being valued at $2.5 billion in a new funding round managed by the venture capital firm Sequoia Capital.

The funding makes the Bird valuation slightly above the $2.3 billion that it was pegged at last year.

The information on the Bird new round that it was looking to raises $200 million to $300 million, and the post-money valuation of more than $2.3 billion.

In June, Bird raises $300 million in series C round by Sequoia Capital with Roelof Botha and joining Bird board at that time.

Sequoia Capital declined to comment on this round, but Botha comments and says Bird team “exemplifies grit.”

Innovation in a bird is a spectrum of systems to obtain operational perfection at the scale, including hardware design and manufacturing, vehicle maintenance and repair, optimization of Bird charging and deployment, and city-level regulatory affairs is unique.

The CEO of Bird Travis VanderZanden said it has positive unit economics on its new Bird Zero scooters, which accounts for more than 75% of its fleet.

In last month, Bird acquired Scoot in a deal worth less than $25 million. The Bird’s first expansion into traditional bicycles and mopeds.

Bird’s chief executive, Travis VanderZanden, recently said in a tweet that the company made $1.27 on every ride, including all costs. He said revenue had increased since last year.

Bird has worked to decrease its costs by fashioning staff and slowing down its expansion plans. It has also experimented with firsthand sales of its scooters and monthly rentals.

The Bird new fundraising has not been finally decided, said the people, who spoke on the condition of anonymity because they were not authorized to speak publicly. Last year, Bird raise a total of $418 million in funding.

Before this round, Bird had already raised more than $400 million in funding and reached a valuation of $2 billion last June.